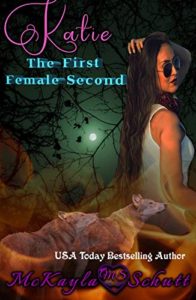 It’s not been easy and with Zan on the loose still, my priority should be on him… Have you ever been torn between your responsibilities and what your heart wants? This freaking sucks! 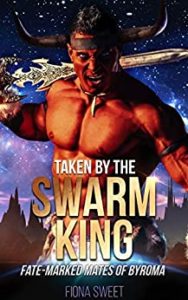 Can two lovers of enemy races use their passion to ignite the fires of change among their people? Will love find a way to make everything better? 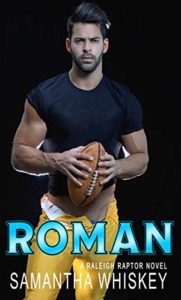 I’m one of the fastest running backs in the NFL, but I can’t outrun my feelings for my best friend. Now she’s not just my best friend—she’s my roommate. With her ex on my team, practice has become a battlefield. We’re swimming in the deep end now, and when the past refuses to let go, it might just pull us under.

“Teag—” I started. She was in my arms before I finished calling her name.
“I’m sorry, Roman,” she blurted into my chest. “I’m so sorry. I didn’t know where else to go.” Her words came so quickly that I barely caught them, but her panic was palpable.
“Jesus, Teagan, you’re shaking.” I held her tight. “What’s going on?”
She shook her head, gripping my shirt in her fists like she needed an anchor. I needed answers before I lost my shit. I’d only seen her this upset once before, and I’d ended up in a fucking bar fight with her douchebag ex sophomore year.
“Teagan. Honey,” I pulled back gently, bracing my hands on her upper arms so I could get a good look at her.
She winced and scrambled backward, yanking down the short sleeves of her t-shirt to cover fresh, reddish-purple bruises in the shape of fingerprints…from a Rick-sized hand.
“What the fuck happened?” My voice dropped low.
“I didn’t know where to go.” She batted away a tear as she rushed an explanation, but only specific words cut through the haze of anger in my head. “…birth control…but he found the pills…he’s never been this bad before…”
Every muscle in my body locked.
“But then he put me into the wall—” she crumpled.
“It’s okay.” I wrapped my arms around her partially to keep her from shaking, and partially to hide the rage I knew had to be apparent in my eyes. “I’ve got you. You’re safe.”
“I didn’t know where else to go,” she cried.
“Here. You come here. Always.” I tucked her underneath my chin as my thoughts swirled a mile a minute.
First and foremost, I was going to fucking murder Rick Baker.
Another set of headlights flashed around the curve, and I instinctively held Teagan tighter. That had to be Rick. Had to give it to the guy—he had the balls to drive himself to his own execution.
Teagan gasped. “He must have followed me through the gate. Oh God, Roman…you have to get inside.” She untangled herself from my arms and tried to put herself to rights.
“Me get inside?” I gawked at my best friend.
“I can handle him,” she promised, swiping her cheeks dry.
“Fuck that. You shouldn’t have to.” I swept her into my arms and strode to my front door.
“Roman!”
“I’m not arguing with you.” I set her on her feet inside my entry hall, then faced Walt. “Guard Teagan.”
He immediately sat at her side, his ears perked. The thing about Walt? He was harmless…until he wasn’t.
“Roman,” she whispered, fear lacing her tone.
“I’ll be fine. He’s the one who should worry,” I promised her as I shut the door behind me. My arms swung loosely at my side as I made my way back to Teagan’s car, which she’d left running. Rick now sat behind the wheel, and he killed her engine.
Control. You have to stay in complete control.
My anger iced over, becoming something even more dangerous.
He snarled and slammed her driver’s side door with enough force that my jaw locked, not in fear, but in disgust. Is this the face he used on Teagan when no one was looking?
“Who the hell do you think—oh, hey, Padilla.” Rick’s features smoothed into a practiced smile I knew all too well. I saw it every day at practice, on the field, and in the post-game interviews.
Fuck him. I didn’t slow my approach as he came toward me, hands up in supplication.
“Look, I know she’s your friend, but Teagan is my woman, and we had a little spat tonight. Nothing to get your panties in a twist over, I promise. I just want to talk to her.” He flashed that smile again.
I stepped into the stream of his headlights and punched him in the jaw with a satisfying crack, the force spinning him toward Teagan’s car.
“What the hell?” He shouted, grabbing his jaw and rotating it.
“I hope it’s fucking broken, you piece of shit,” I said slowly. Rick had an inch and fifteen pounds on my six-foot frame, but I had enough righteous anger to make up the difference and then some.
“Look, I’m not sure what she told you, but we both know my Teagan can be a little dramatic.” He gave me the locker room look. The one that said, between us boys.
“Teagan belongs to herself,” I snapped. “But if you ever lay a finger on her again, your balls will belong to me. Now get the fuck off my property before I let Walt take preemptive custody.” 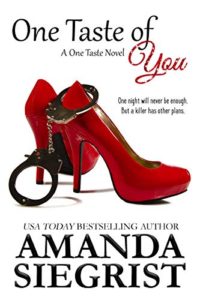 Zoe Sullivan doesn’t want to see the man who took her for a prostitute ever again. But when her boss is murdered, she can’t believe who the lead detective on the case is… 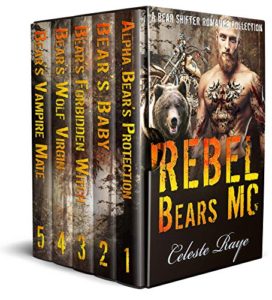 Ready for a wild ride? 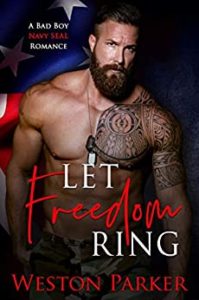 I’m falling for the one guy my father hates the most. A Navy SEAL with dimples and a questionable attitude. All I see is freedom and fireworks…