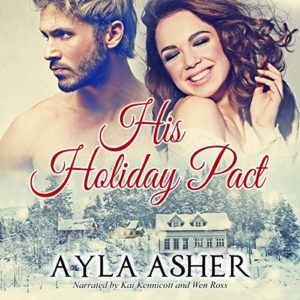 Who knew a fake holiday relationship could be so fun? But can Kayla protect her heart from the player of the century?

On Amazon: only $7.49 if you already own the Kindle version! 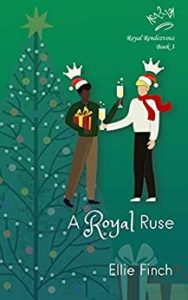 What’s the only Christmas surprise better than a prince in disguise? Two of them. In a sleepy and secretive winter village, Prince Alaister finds Christmas-time romance with a handsome commoner–or so he thinks!

Amazon US Amazon UK Barnes & Noble Kobo Google
Precisely on cue, a blast of music swelled from the speakers all around the park, and the triumphant opening chords of Joy to the World welcomed the lights. All at once, the enormous tree flared to life, bright enough to ignite the whole town square.
Alaister gasped and pressed both hands to his mouth, his eyes alight.
While the crowd clapped and cheered and sang along with the music, Ama stared at Alaister and felt lost. And found. Drifting. And firmly rooted in place.
A swirl of snowflakes landed on his cheek and melted there, wet little prickles that gleamed red and green as the lights of the tree flickered.
Ama’s mouth went slack watching him.
Of all the things he had done in his life, of all he had accomplished, this might have been the most important. That plain, uncomplicated happiness beaming all through Alaister like starlight was his greatest win. Alaister’s smiles were hard fought, his happiness a battle in winter. Ama knew that. He was honored to have been a part of this smile, of this victory.
He stared at Alaister and was filled with a great and cosmic sense of knowing.
The boy from the islands, all quiet and sun, had found a home in the winter. He’d fallen for a man with ice blue eyes and snowflakes in his hair.
“Oh my goodness, I feel ridiculous.” Alaister waved his hands in front of his face as if to wave off the emotions he was feeling, to hide them better. But still, he smiled. He glowed. “That was beautiful. That was so much better than I expected. I can’t believe that got me. The whole crowd, the camaraderie of it.”
Ama’s heart roared like a lion in his chest.
He grabbed Alaister, cupped his face in both hands, and kissed him.
Alaister paused. And then kissed him back.
It was quick. Their mouths met. Pressed. Ama sucked gently on Alaister’s bottom lip and felt him go soft and hard at once, his whole body reacting in tiny, perfect shock.
They broke apart.
Ama stared at Alaister, frozen, waiting for a reaction.
Alaister paused for a moment. His eyes fluttered open and shut, and his breath huffed in and out in shaky puffs that clouded the cold space between them.
“Right. Fuck the tree. Let’s go.”
Before Ama could react at all, Alaister grabbed his hand and dragged him out of the crowd.
Laughing, spinning, they squeezed through the throng of bodies until they reached the edge of the tightly packed group. They broke through the edge of it and then Alaister sped into a quick-stepped jog. Almost a run.
Both of them laughed.
Hands held tightly, laughing themselves silly, Alaister pulled him along on the sidewalk until they were a few blocks away from the town square. Away from the tree. Away from all the people.
The street was empty and quiet, though they could still hear the hum and buzz of activity from the park. Alaister looked left and then right. Ama mirrored him. No one was around.
Under the gentle beam of a streetlight, while the falling snow swirled in the air around them, Alaister shoved Ama up against a gritty brick wall, pinned his body in place, and kissed him.
And Ama kissed back.
With the wall hard against his back, Alaister hard against his front, he moaned and whimpered, an embarrassing little slip of sound that Alaister swallowed up and chased with his tongue. 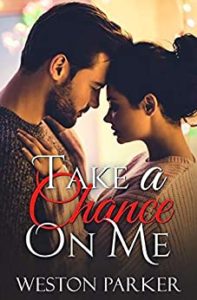 Dating in the office is forbidden, but I can’t help myself. Someone damaged her self-image. I plan to show her how beautiful she is… 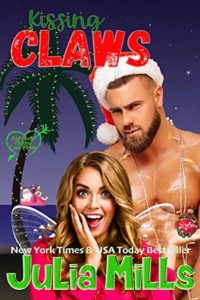 Time to buckle up my sweet little buttercups, Fate is gunnin’ for my happily ever after, and that just won’t do. With a mighty swish of my wings and a twinkle in my eye, I’m gonna lay the Fairy Dust on as thick as I can and kick a certain Omnipotent Being’s bootay like I’m gettin’ paid. 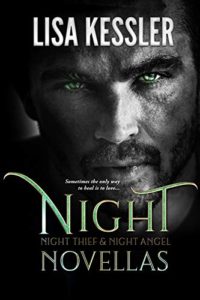 After the fall of the Mayan civilization, Kane, an immortal Night Walker, has taken refuge in France for over 800 years. The modern world holds little interest for him — until the night he meets the Golden Thief and is robbed of much more than his pocket watch… 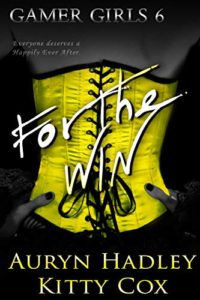 When you have nothing else to lose, you have everything to gain. 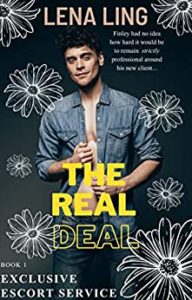 Rose Cheng hires an escort from the Exlusive Escort Service to act as her date to her upcoming family reunion. She did not expect Finley Wyatt to be more handsome than his picture — or that she would have to guard herself against falling for his charming personality! Little does she know that Finley, the consummate professional, is struggling not to fall for her as well… 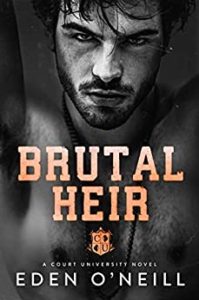 A campus king with a past. The woman he never forgot. What happens if this time he can’t let her go?