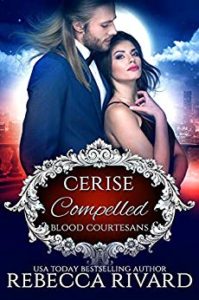 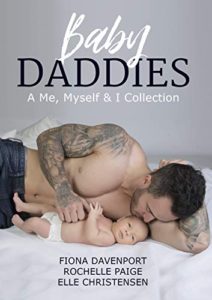 This collection of 3 stories is jam packed with baby making goodness! 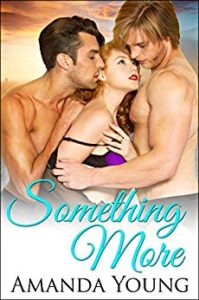 Emma has a hardcore crush on her boss, Will, and his gorgeous lover, Paul. Her dirtiest fantasies feature them both, but she never had the nerve to act on her forbidden desires until she accidentally walks in on the two men making love and is offered a wicked invitation too temping to resist.

I staked my family’s legacy on a bet: That I could please 10,000 women. So what happens when I only want to please one?

Hunter opens the dishwasher and smirks. He lifts the vibrator, and my heart stops.
“Something you want to tell me?” he drawls.
“No,” I say in my most even voice.
He puts it back and finds a glass. “Toys are a piss-poor replacement for the real thing.”
I straighten in my chair. “Some women like to be in the driver’s seat. It’s a way to explore their sexuality without fear. Or without doing something intimate with someone they don’t want to have that level of intimacy with, just because they want to experience that feeling.”
Hunter pours the juice and drops back into the seat “I’m all for female empowerment. My beef is that silicone can’t push you. Can’t see what you want but are too scared to ask for.”
I’m not sure if it’s his words or the way he says them that has me squeezing my thighs together.
“Being physical with someone shouldn’t be a challenge,” I manage.
He passes me the cup, our fingers brushing and sending sparks up my arm. “Why. Because you’re afraid by losing control, you might learn something about yourself?”
I think about Blake as I open my mouth to answer, but it takes a moment. “Because sex is an illusion. A temptation. A distraction from the things that really matter, and the kind you can’t just get dressed and walk away from the next day. Even if you want to.”
I expect him to laugh at me or say something like “if the sex you’re having doesn’t matter, you’re doing it wrong.”
He doesn’t. But he does shift closer, and my breath catches.
Logan’s gaze is full of understanding and something that makes my neck itch. “I’m not gonna tell you how to think about sex. But I’m not gonna bob my head and agree that whatever safe, shitty sex you’ve been having is the only kind.”
The look on his face, as if he’s lived more than I could ever hope to, seeds something deep in my stomach. Longing. But also envy. That it’s so easy for him to understand his sexuality, to own it without being afraid of the consequnces.
“How do you think about it?” I ask before I can stop myself, a little breathless.
His eyes flash on mine as he leans forward, bracing his elbows on the table and dragging my gaze to his thick arms. “It’s a way to experience the world. To make memories, for you and someone else. The day you die, that’s what you’ll remember. Not the bad times. The fucking brilliant ones. The flashes that are so damned exquisite they steal your breath.”
Could he be any more provocative?
I chug the juice in a long gulp, mostly for an excuse to avoid that heated chocolate gaze. “So I can’t tell the difference between those beers. But then, I bet you can’t tell the difference either.”
A dark brow lifts. “Try me.”
He turns around, and I ignore the way the T-shirt pulls across the muscles of his back as I shuffle the beers, pulling out one.
“Ready.”
He turns back and I hold out the IKEA cup. Hunter’s fingers brush mine as he takes it and lifts it toward me. I look between him and the cup in confusion.
He rests the cup against my lips, and a streak of heat shoots between my thighs.
But he tips it gently, and I drink a sip. When he lowers the glass, I shake my head. “Hunter, I know what—”
My voice is cut off when he closes the distance between us, smooth as anything, and presses his mouth to mine. The breath I suck in is his, and it’s masculine and addictive.
His hand finds my face, cupping more lightly than I would’ve thought possible, his fingers threading in my hair near my scalp as he presses his tongue to my lips.
Logan Hunter is kissing me.
Except he’s not. He’s tasting me.
I’m confused and startled and overwhelmed by him—his closeness, his energy, his strength. But when that barbell shocks my mouth into opening and his tongue meets mine, the smoky taste of him mingling with the tang from the metal and the beer, I’m so wet.
The groan that escapes his throat is defiant, as though he’s fighting a fight that has nothing to do with me.
Before I can decide what happened or what’s happening next, he’s gone. “Peach.”
I blink my eyes open to find him millimeters away. Hunter’s caramel eyes are gone, replaced by the blackest black, hungry under thick lashes that should be pretty but only add to his appeal. His mouth is firm but parted in the center, as if he wants something he can’t have.
“What?”
His voice is hoarse. “You taste like peaches.” 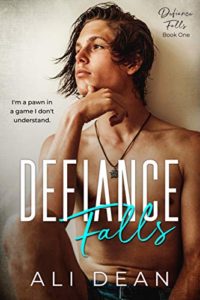 All I wanted was a little trouble. Okay, so maybe choosing Cruz Donovan’s 18th birthday party wasn’t the way to go about it… 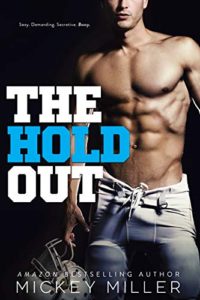 He’s Everett Brewer: Football’s smoking hot, superstar running back. When I signed on to be the NFL superstar’s in home personal assistant, I had no idea what I was in for. Every one of his previous personal assistants quit after one week, max. After meeting him just once, I see can why…