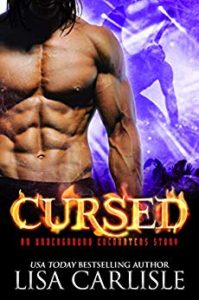 Never cross a witch… Gargoyle shifter Lucan is finding that out the hard way. What he thought was a fling turns out to be the mistake of a lifetime when he discovers she’s bats**t crazy. And has cursed him with dark magic. 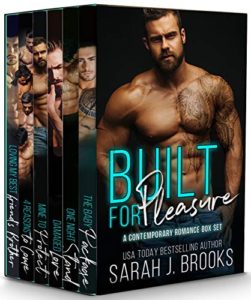 All 6 standalone full-length novels feature protective alpha males that fight for the women of their dreams. No matter if billionaire CEO, doctor or just your ordinary guy next door – each of these irresistible hotties will keep you begging for more! 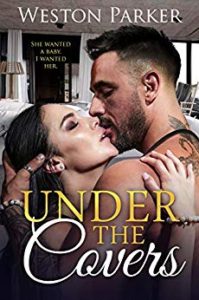 I didn’t join the medical field because of the women, but it sure as hell has become a perk of the job. Now, a new forbidden lust has sparked my interest. Divorced and dominant, with more beauty and class than any woman I’ve known… 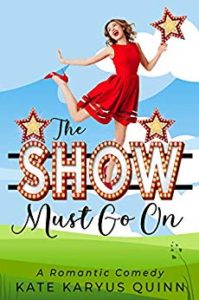 When Jenna’s ex-boyfriend, Danny, wakes up from a coma after 10+ years, she’s in the middle of rehearsals for Annie meets Fifty Shades of Grey (which is just as awful as it sounds). Jenna has no intention of returning home…until Danny’s nerdy (yet hunky) brother lands on her doorstep and insists on escorting her…

Billionaire Justice Kendall thought he was content with his life. Right up until the day he noticed that his neighbor’s daughter had become the beautiful woman who was meant to be his. Since then, he waited not-so patiently for her to turn eighteen. 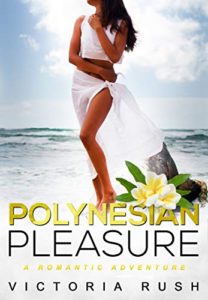 It’s always hotter in the tropics… While hiking on a remote Polynesian island, Jade sees a beautiful native girl bathing in a waterfall — and gets bitten by a poisonous snake.

The girl brings Jade back to her tribal village and nurses her back to health. But when the chief arranges for Teuila to be married to one of the tribesmen, the girls run away and begin building a new life on a secluded side of the island.

I woke up on the hard floor of a stick-frame hut, peering through bleary eyes at the interwoven leaves covering its thatched roof. An old native woman sat cross-legged beside me, holding a smoky bowl under my nose. The aroma was pungent, and I instinctively flinched my head to the side. The pretty girl I’d seen at the waterfall kneeled by my other side, holding a wet compress against my neck. I felt dizzy and weak, and my head throbbed with pain. When I tried to speak, I realized that the left side of my face was numb.

“Wh—where am I?” I said in a slurred drawl, trying to lift myself up on my elbows.

The girl smiled at me as she removed her hand from the side of my neck. I noticed a green paste on her palm, which she wiped off with a heavy cloth next to a wooden bowl containing what appeared to be a long animal bone.

“You’re in our village,” she said in a strange accent I’d never heard before. “You’re safe now, but you need to rest. You’re still weak from the after-effects of the gata bite.”

She placed her other hand on my chest and gently pressed me down on top of a scratchy mat.

“Gata?” I said, pinching my eyebrows in confusion. “How did I get here?”

“It’s our native snake. Normally, it doesn’t cause this much trouble, but it struck you in the neck and the poison traveled quickly to your head. I had to carry you back to our village.”

“Carry me?” I said, wondering how her small frame could support my weight. “How far?”

“I guess it would be more accurate to say I dragged you. I built a rough stretcher out of tree branches and vines. It took almost a full day to bring you back to our village.”

I paused as I looked at the girl quizzically.

“Where are my travel mates? I came with a dozen other people—”

“If you’re referring to the people on the sailboat, they stopped by our bay a few hours before we arrived asking if anyone had seen a yellow-haired European woman. The chief wasn’t very happy with their intrusion, and when he said he hadn’t seen any other foreigners, they sailed away.”

“Away?” I said, shaking my head in dismay that they would abandon me so quickly. “Does that mean I’m alone on this island?”

The girl reached out and clasped my hand in hers as she smiled at me warmly. A group of young naked children suddenly rushed into the hut giggling, and the old lady shooed them away.

“You’re hardly alone here,” she said, glancing up at the woman who was still holding the smoking cup under my chin. “My family and tribe will care for you until your friends return.”

The old woman said something to the girl in their native tongue and I flinched again, smelling the strong vapor rising from the bowl.

“What’s this strange smoke you’re having me inhale? It smells like incense—”

“It’s burning hibiscus leaves. We’ve found that it helps neutralize the effects of the toxin. Since you were unconscious, it was the only way we could get the medicine inside you. But now that you’re awake, there are some more potent herbs you can take internally.”

The old woman reached down beside her and lifted a coconut shell filled with a milky substance and raised it to my lips. She smiled at me softly and nodded for me to drink the elixir.

“What is that?” I said, frowning from the pungent smell of the mixture. “It smells like something died in there.”

The girl chuckled as she squeezed my hand.

“It’s made from the same natural ingredients that I’ve been using to neutralize the pain and swelling on the side of your neck. It’s a mixture of plantain leaves, papaya bark, and turmeric dissolved in coconut milk. You have to trust us. We’ve been administering this medicine for hundreds of years, and we know it works. I think you’ll find the taste quite pleasant.”

I reluctantly lifted my head and parted my lips as the old lady tilted the bowl toward my mouth. The potion was thick and grainy, like a soup broth, but it tasted more like chocolate milk. I swished it around in my mouth for a few seconds, then gulped it down nervously. The old lady looked into my eyes and nodded as she tilted the cup higher.

“Sila atu,” she said in a heavy accent.

“Drink the rest,” the native girl said. “It will help settle your stomach and ease the pain.”

I slowly emptied the bowl, then the old lady got up and said something to the girl before she stepped out of the hut.

For the first time since I’d woken up, I began to feel a little less anxious about my situation, and I gazed up at the native girl, studying her face. She was even more breathtaking close-up than I’d remembered. Her large brown doe eyes, small slender nose, and spongy cheeks gave her the appearance of a girl far younger than her sexy figure would suggest. I glanced at her chest and was disappointed to see that she was fully covered with some kind of dyed dress. The cloth looked thick and dense, more like a mat than the woven cloth used to make our Western garments. I glanced down my own body and was relieved to see that I was still wearing the same clothes I’d left the boat with…